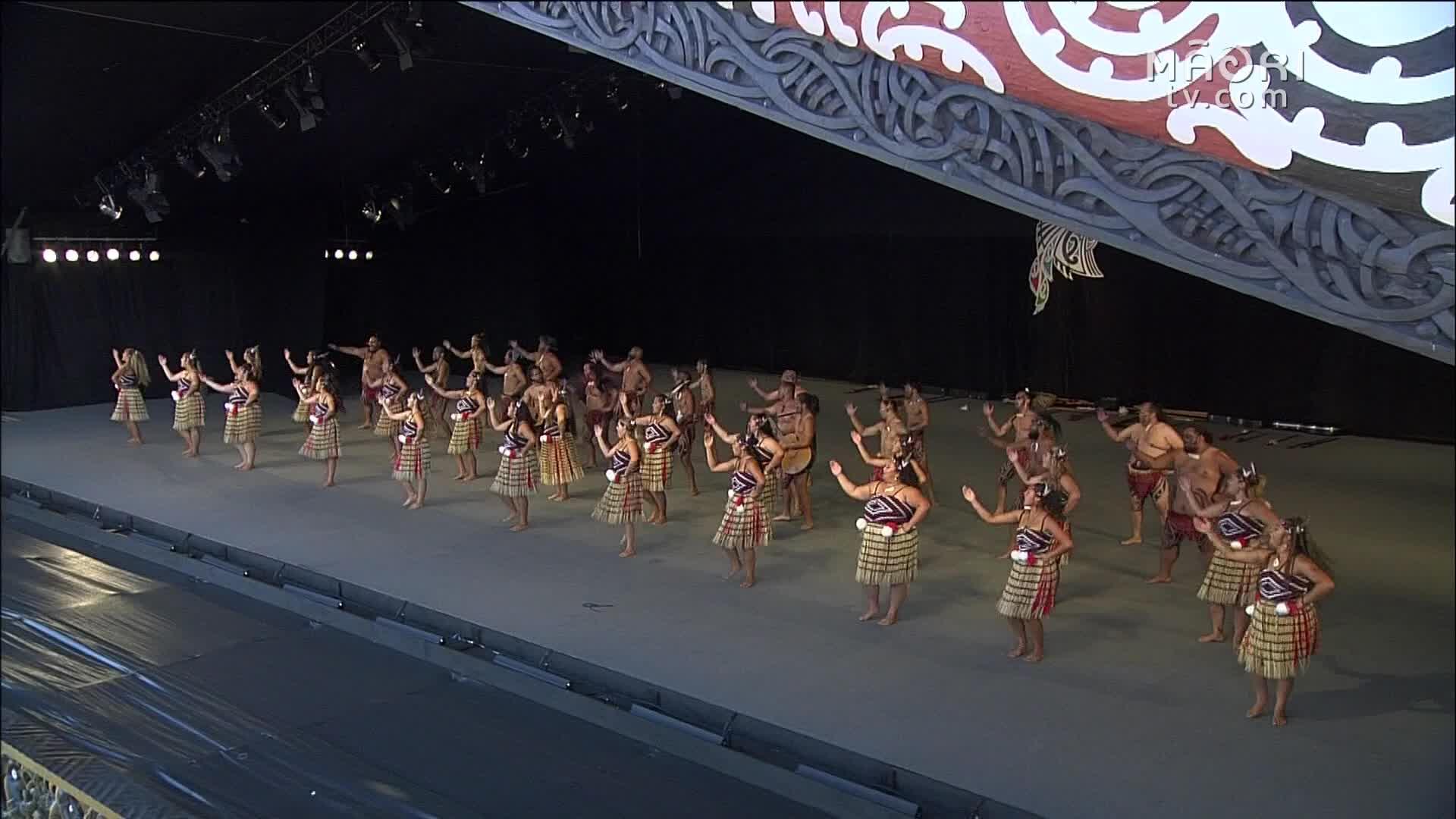 We have 5 Cultural groups that are
based from Hoani Waititi Marae.

The original group which was formed was Manutaki who helped fundraise to build the Marae. Te Rautahi a group formed mainly
of performers from Te Arawa group and Ngā Tumanako a group formed by graduates of the Kura Kaupapa o Hoani Waititi Marae. The school located on site also has 2 groups Te Kapa Haka o Te Wharekura o Hoani Waititi Marae and Puawai.

Te Roopū Manutaki was created by Dr. Pita Sharples in 1968 in the suburb of Te Atatū in the heart of west Auckland, a destination for many Māori whānau during the urban drift period, many of whom were proactive in creating Māori initiatives within the community.

Manutaki is based at Hoani Waititi Marae and has been associated with the Marae since inception in 1980, assisting with marae activities along with Te Rautahi, Ngā Tūmanako as well as kapahaka groups from Te Kura Kaupapa Māori and Te Wharekura o Hoani Waititi.

Excluding 2013, Manutaki has represented Auckland at every Polynesian Festival,  ATMPAS and Te Matatini Festival since the national Kapahaka competition began in 1972.  Manutaki has won the nationals on 2 occassions.

TE RAUTAHI MAROI CULTURE GROUP was formed in 1984 by Mavis Niniurangi Tuoro after a call
from the parents and older siblings of the Henderson High School haka group to start a senior
group so they could learn alongside them. The group is based out at Hoani Waititi Marae with
weekly practices and Wananga being held throughout the year. The key values of our roopu are
Manaakitanga, Whanaungatanga and Aroha.
Naumai haeremai ki te Rautahi contact us on
https://www.facebook.com/trtahi/

Ngā Tūmanako was establish to continue and fulfill the aspirations of our past community leaders who worked tirelessly to foster the Māori culture and language on Hoani Waititi Marae.

Our goal is to maintain a Māori language environment where we endeavor to uphold tikanga Māori, developing and nurturing our members in the pursuit of excellence in Māori contemporary performing arts.

Our greatest strength is our Māori language fluency. Māori language is intrinsic to expressing and sustaining our community, Māori identity and culture in Aotearoa.
Ngā Tūmanako were crowned Te Matatini Champions for the first time in 2019 in Te Whanganui a Tara.